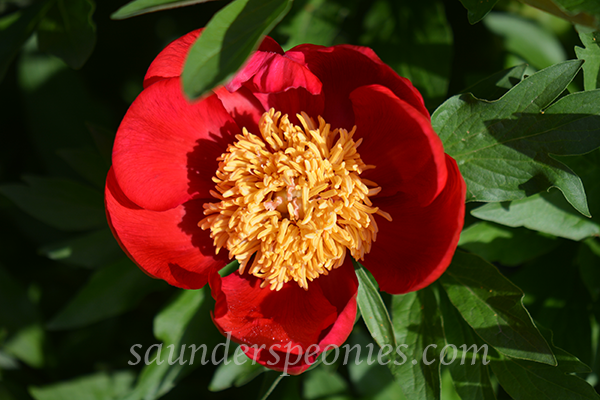 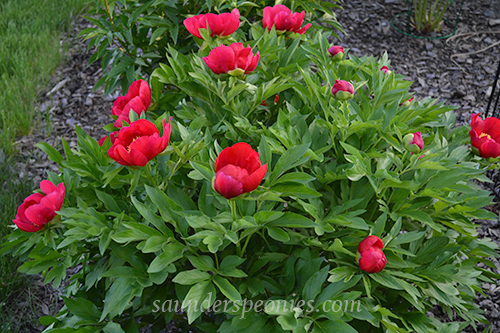 The lower photo is of a young plant. It has spread out more as it has matured and in 2020 most of the blooms were hanging down near the ground so I would recommend giving it some support.

This plant was named for Edward Steichen (1879-1973) who served as a colonel in World War I; the plant was originally known as “Colonel Steichen”.  Edward Steichen was a pioneer in fashion photography and a long time Director of Photography at the Museum of Modern Art.  He also had an interest in flowers, becoming a hybridizer of delphiniums.  Whether through his photography or his plant breeding, he must have encountered A.P. Saunders and his daughter Silvia, herself a photographer working in New York, but I have not found a specific reference to their friendship. 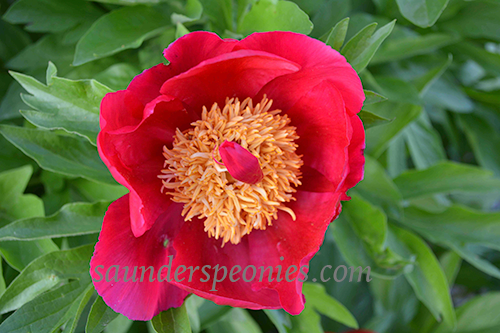