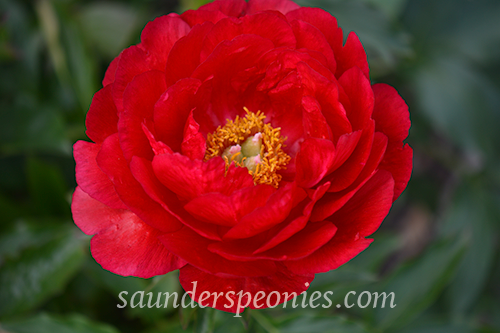 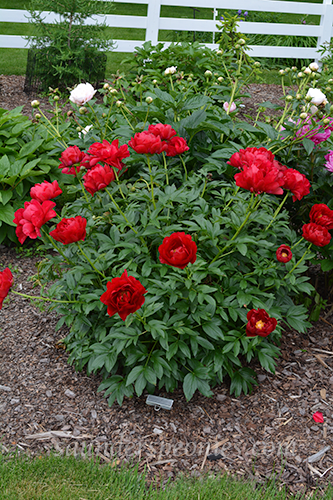 This peony is named for Alexander Woollcott (1887-1943) who was a student at Hamilton College during Saunders’ tenure. He became a rather acerbic theater critic, radio personality, and sometime actor and playwright and the inspiration for the character of Sheridan Whiteside in The Man Who Came to Dinner.

This is one of the most popular “lobata of Perry” red hybrids. It exhibits nice upright growth and good foliage. My plant has gradually dwindled with only 5 blooms in 2020 and a similar number in 2021. 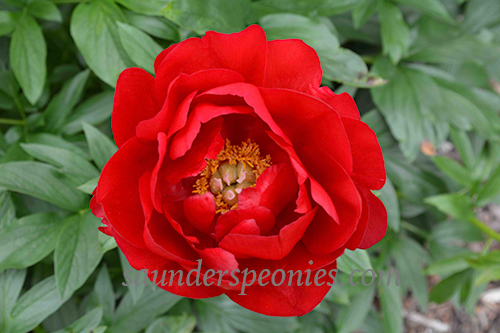 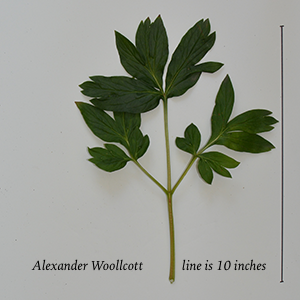