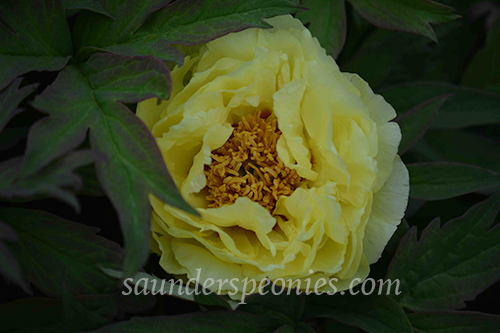 ‘High Noon’ won the Gold Medal given by the American Peony Society in 1989. It is probably the best known and most available Saunders woody peony.  In fact, you may get a ‘High Noon’ if you buy a woody peony from a non-specialty nursery!  About one-third of the woodies I’ve purchased from retailers have turned out to be ‘High Noon’ instead of what they were labeled.  Several were also plagued by overgrowth of the herbaceous rootstock.  You get what you pay for!!