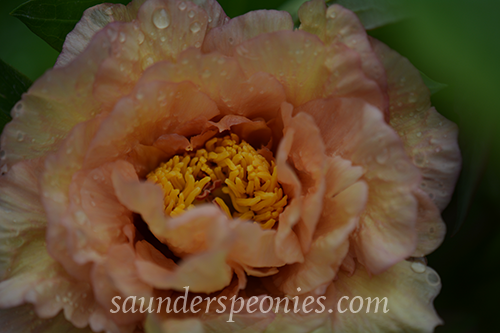 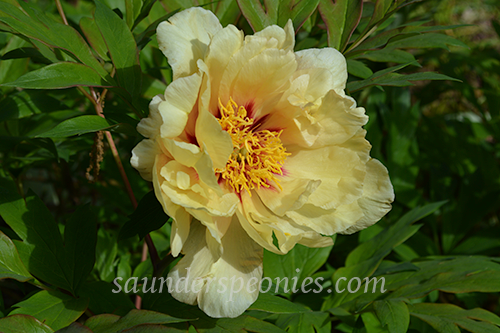 For some reason, my plant  is reluctant to bloom even though it is now 8 years old and in a fairly prominent location.  The upper photo was taken in a friend’s Ames garden in 2021 and is similar to those taken by others at Hamilton College (photo on the right).  The lower photo was taken at the Scott Arboretum in 2017 and is of a plant obtained directly from the Saunders’ Nursery in 1941 by Wister. A better pedigree cannot be had.

Like me, you are probably thinking these can’t all be the same cultivar.  After correspondence and exchanges of photos with several experts, the conclusion is that this cultivar, like several other lutea hybrids, is a chameleon, showing variable flower forms and colors in different years and in different locations.

While there are genuine mixups of peony names as plants are  moved, propagated, traded, or sold, I am now wondering if we are too quick to say we have the wrong plant, especially with many of the lutea hybrids.  I’ve doubted my ‘Golden Mandarin’, ‘Daredevil’, and the plant ‘Sunrising’ because they don’t match the brief descriptions in Saunders’ catalogues or photos I’ve seen elsewhere or are very similar to cultivars introduced by Reath or Daphnis. 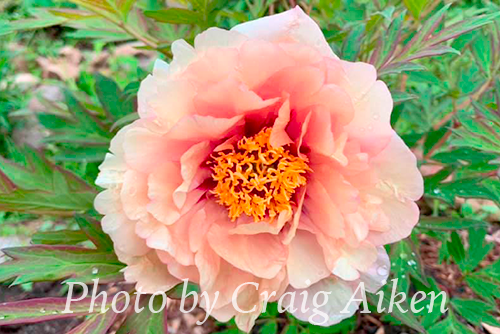