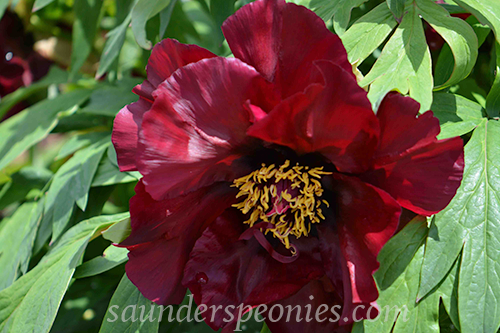 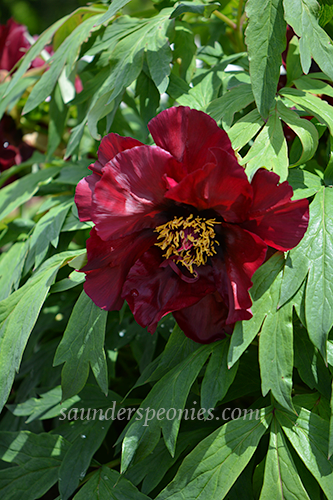 ‘Black Pirate’ won the Vote of Commendation from the Massachusetts Horticultural Society when it was first shown.  It is difficult to distinguish differences between ‘Black Pirate’ and ‘Thunderbolt’. Reath and Silvia Saunders reported its foliage is broader than that of ‘Thunderbolt’, but I cannot confirm this on the plants I grow under those names. Although it is a very dark flower, the mass of bright anthers gives it a cheery appearance.