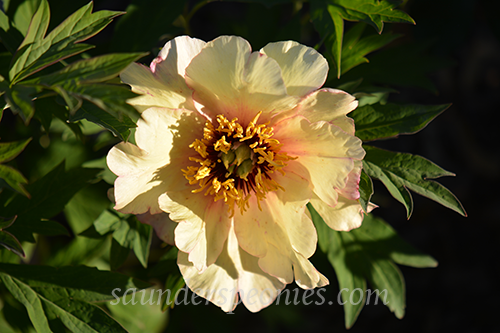 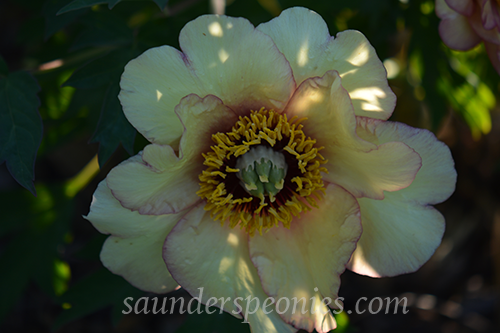 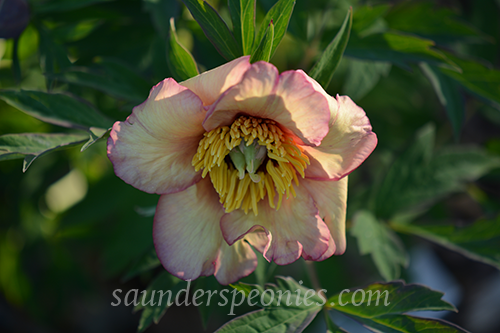 I’ve been anxiously waiting for my plant to bloom and in 2022 I was rewarded by more than 6 flowers. However, each of them opened with variable amounts of pink on the petals.  Yes, the above photos are all from the same plant, and taken at the same time.  The pink coloration faded after a few days and the flowers then looked very similar to the one I photographed (on the right) at Longwood Gardens in 2017. I am guessing that the cool spring allowed more pink pigment to form.

With this much variation in petal color in the lutea hybrids, it is extremely important to also look at other characteristics such as the foliage and colors of the stigma, sheath, and filaments which show less variability. 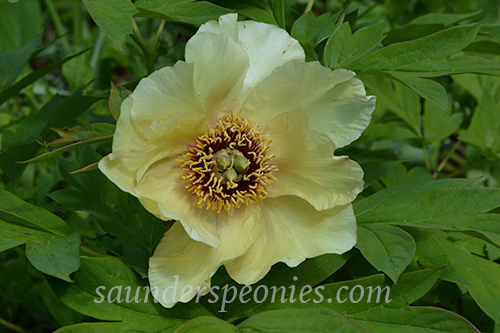