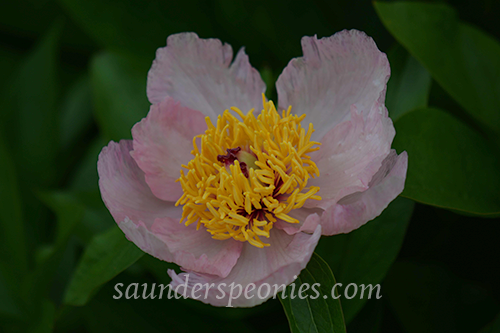 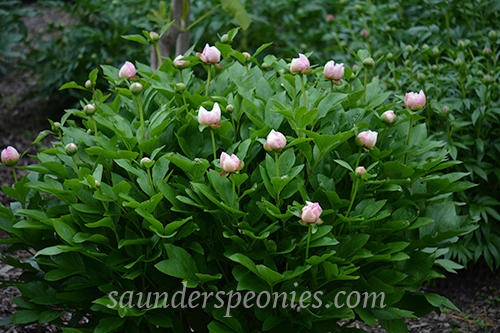 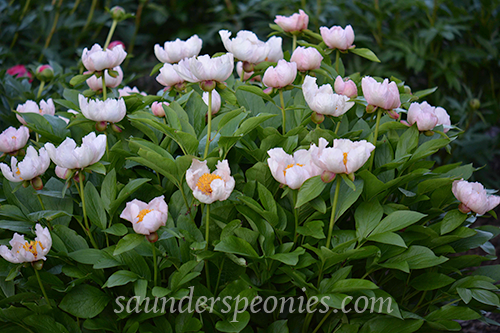 This is another of the quadruple hybrids with 4 different species in its background.  Its flowers tend to have somewhat irregular shaped petals.  Saunders described nine of the quadruple hybrids in an article “Two New Races of Peonies” in Bulletin 100 of the American Peony Society, December 1945. This peony was originally named ‘Daybreak’ but was changed to “Early Daybreak’ in his 1950 catalogue (being from Canada he always used the English spelling for his catalogues).

It is a beauty and definitely worth having in your garden but may not make the best cut flower (apparently Silvia Saunders didn’t think highly of it because she listed it as “discarded” in her notebook!). 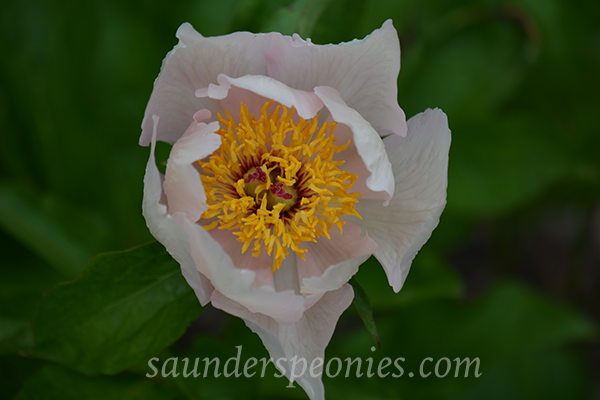