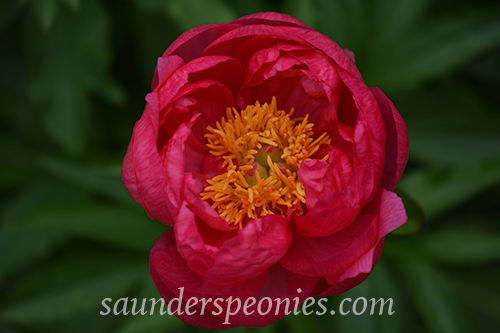 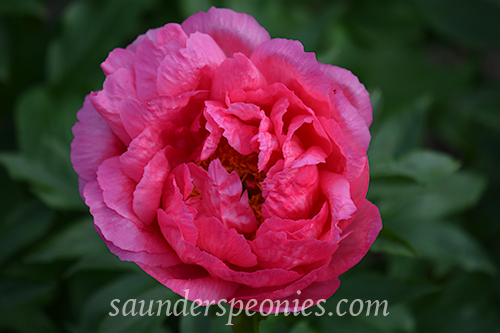 ‘Cytherea’ is a synonym for Aphrodite, the Greek goddess of love. Silvia Saunders considered it especially good. Others agree. ‘Cytherea’ earned the Gold Medal of the American Peony Society in 1980 and has also been awarded the Award of Landscape Merit by APS. It is appreciated for its late bloom and fullness of petals.

A good friend lent me his RHS Colour Chart at the recent APS convention in Michigan. Mostly too late to use on 2022 peonies but ‘Cytherea’ had a few newly opened flowers. I decided the color match is best to RHS 66A, vivid purplish pink. While the RHS Colour Chart is the gold standard for describing flower colors, it is not widely used by peony hybridizers. Peony colors change from first opening (think ‘Joker’ going from pink to white) and many, especially the woody peonies, are blends, making it very difficult to assign RHS color matches. 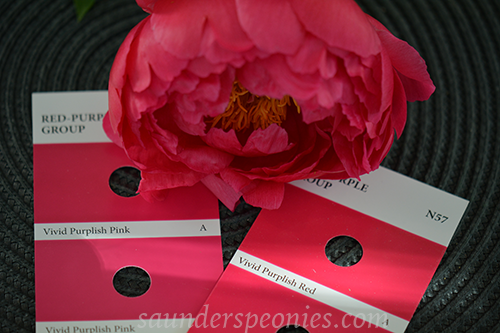 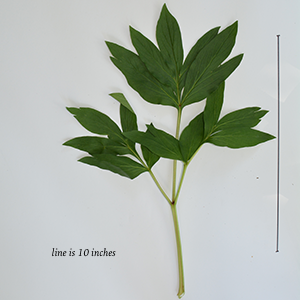