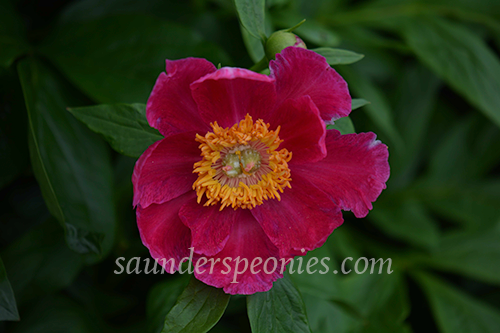 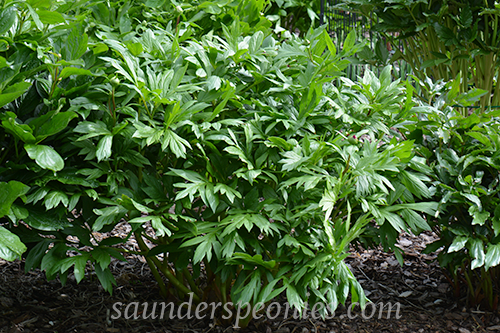 The foliage on this F2 is certainly much wider than on ‘Early Windflower’ or ‘Late Windflower’ and the red coloration comes from the P. veitchi parentage. (Hong treats veitchi as a subspecies of anomala but recent DNA analysis has caused others to treat it as a species.)  The bloom time is considerably later than its parents (about 3 weeks later in 2020 although planted in the same bed). Silvia Saunders mentioned several F2 plants in her notes, all of which sound intriguing but most seem to have disappeared. 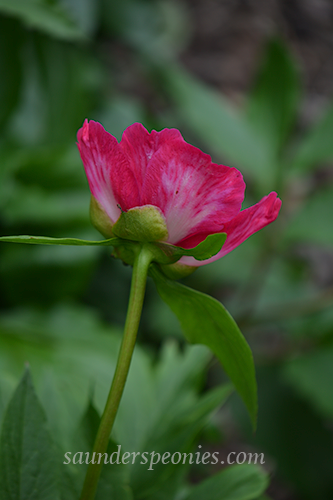