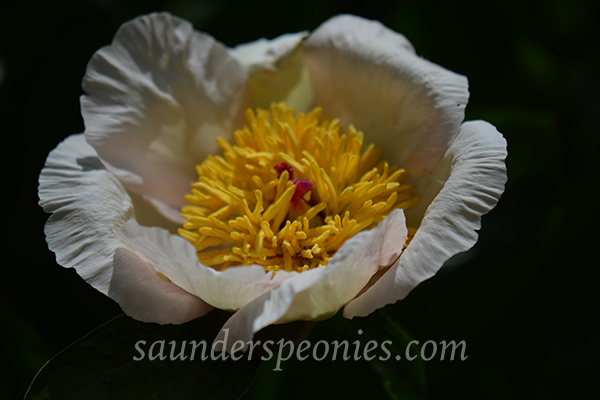 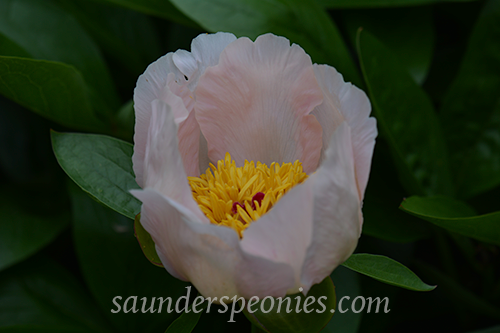 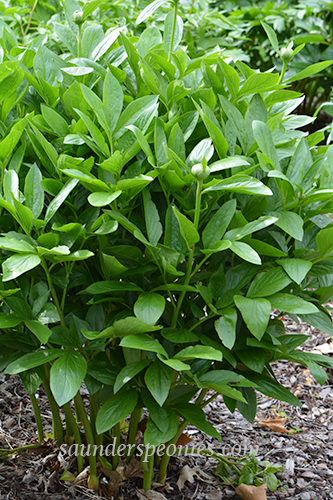 What is now sold are descendants of the original plant, likely an F3 generation. Scott Parker, former APS President, has several plants under this name and says they are all different.  The one pictured and described came from Oregon Perennials through an APS Auction. Several breeders have selected and named progeny from this plant including ‘Dawn Glow’ (Saunders/Hollingsworth, 1986), ‘Joyful Pink’ (Klehm, 1999), ‘Soft Apricot Kisses’ (Klehm, 1999), and ‘White Angel’ (Klehm, 1999). It has also been used extensively as a pollen parent to produce famous progeny such as ‘Sunny Girl’ (Laning, 1985), ‘Greenland’ (Pehrson/Seidl, 1989) and ‘Lois’ Choice’ (Laning, 1993). 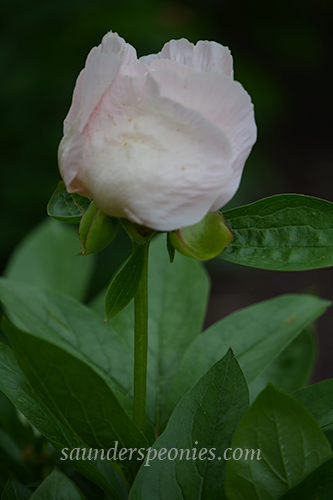 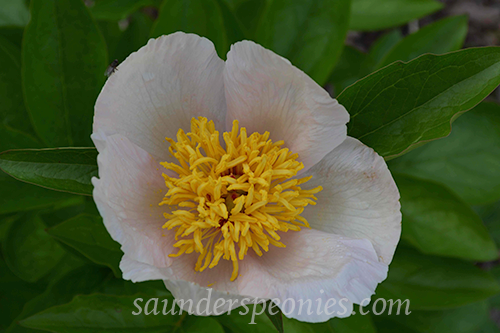 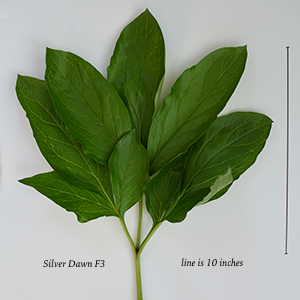