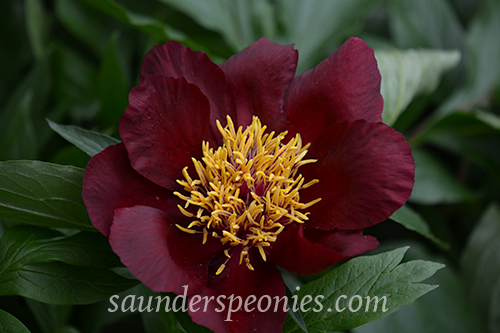 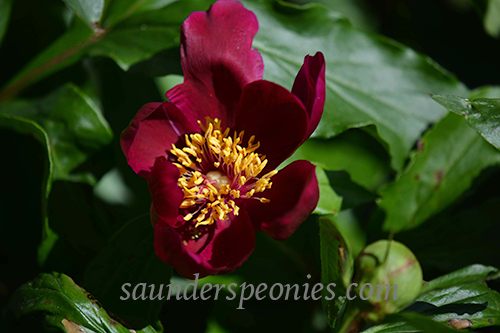 Originally named Viking.  This peony is noted for its unusually dark flower; Silvia Saunders stated it as about the same color as ‘Reward’. I’ve only seen single flowers on my 6 year old plant although it is registered as a semi-double.  Flowers are held closely just out of the foliage. The plant foliage remains attractive throughout the season. Foliage is much wider than P. anomala foliage so my guess is it has a hybrid origin.