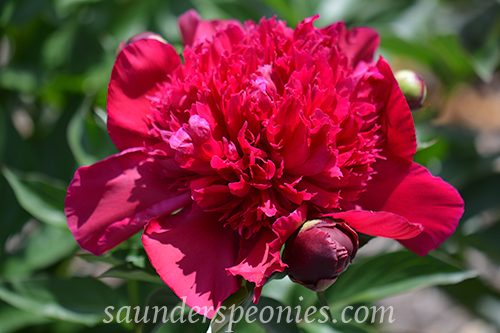 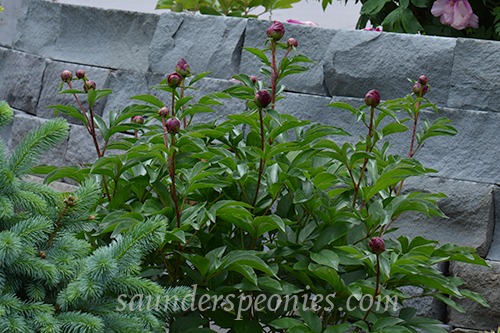 This is one of the few registered Saunders lactifloras although he obviously had many lactiflora seedlings under number which he used in various crosses with other species.  Its registration date has appeared as either 1921 or 1942, but it seems more likely the earlier date is correct as it correlates with the registration date of his best known lactiflora, ‘Silvia Saunders’.

I purchased this plant from two different nurseries and the two plants appear to be different. Comparisons with others who grow this plant indicate that the one shown is correct.  In 2022 I did not photograph it during its peak bloom season but the flowers on my now maturing plant were more double than shown in the photos here. 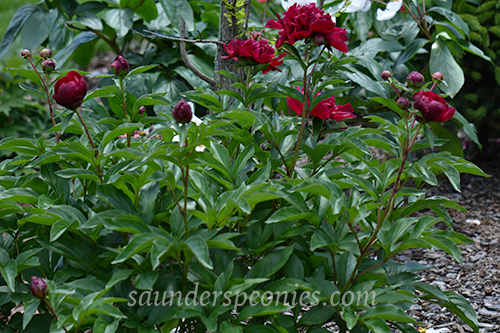 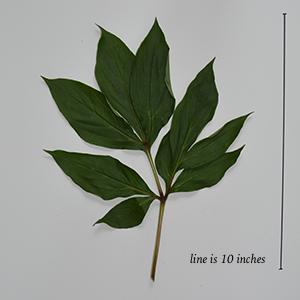